Fun for All: 4th International Conference on Game Translation and Accessibility -Taking Stock

In four decades the video game industry has become a worldwide phenomenon, generating millions in revenue every year. Video games are increasingly becoming more elaborate and sophisticated, with advanced graphics and intricate story lines, and developers and publishers need to reach the widest possible audience in order to maximise their return on investment. Translating games into other languages and designing games that can be played for a wide spectrum of players, regardless of their (dis)ability, are two obvious ways to contribute to increasing the audience for the game industry. In addition, games are increasingly being used for “serious” purposes beyond entertainment, such as education, and such games should also be designed inclusively, to facilitate access to them by all types of players.

The successful previous editions of the Fun for All: International Conference on Translation and Accessibility in Video Games and Virtual Worlds, held at the Universitat Autònoma de Barcelona in 2010, 2012 and 2014, have become a meeting point for academic and professionals working in the game industry and the game localisation industry, as well as students and translators interested in this field

The fourth edition of the Fun for All Conference aims to continue fostering the interdisciplinary debate in these fields, to consolidate them as academic areas of research and to contribute to the development of best practices.

Digital tools are indispensable in today’s translation industry, but what exactly is best practice for their use and how can we maximise their potential in the translation business? What are the advantages and drawbacks of these tools for project managers and what are the implications for those who do not make best use of them?

This symposium offers an opportunity for UK LSPs to share views and information about use of digital tools in the current translation industry. The symposium will end with a focus group discussion where participants are invited to join an exciting research project with the University of Portsmouth.

This event will place special emphasis on the impact of the use of tools on the workflow, throughput, work ethics, motivation and training for project managers and translators. We will discuss the use of tools such as CAT tools, machine translation, online translator forums and social media.

Within the last couple of decades, an increased interest in audiovisual translation (AVT) within the scope of translation studies and intercultural communication in Europe can be observed. An escalating need to reflect this specific type of translation communication has emerged from various cultural, social, geopolitical and technological changes which have taken place at both a global and local level. Because of the impact of these changes, approaches and views on media and translation practice are being modified and the demands of the translation market are becoming more salient. This influences reflection upon AVT, stimulates the emergence of new interdisciplinary approaches and defines more particular requirements in translation training. Audiovisual translation has also attracted the attention of the European Union, mainly in relation to its efforts to make the individual cultures of member states available to all EU citizens. Due to economic and technological pressures the quality of AVT has become a topical issue in the last decade as well.

Aiming to map the situation in AVT practices in the central European context, the goal of the conference is to provide an opportunity for scholars and practitioners in AVT and related areas to present their approaches, research and experience. The ambition of the organisers is to initiate a discussion on the specifics of theory, criticism, translation training and AVT practice in the defined cultural and geographical area – with respect to its translation tradition, language and cultural context as well as the demands of the translation market.

I International Conference: The (Politics of) Translation (of Politics

The concept of ideology has been central in Translation Studies, both from a theoretical standpoint (Tymoczko & Gentzler 2002; Baker 2006) and from more practical perspectives (Salama-Carr 2007). Ideology permeates through all forms of linguistic transformation, from AVT to literary translation. This conference would specifically address the connections between politics and translation throughout history, covering textual aspects, but paying particular attention to contextual factors. Thus, contributors will be encouraged to explore what was/is translated, why was/is translated, where and when the translations were/are carried out and who was/is commissioned to perform the task. As recent publications have shown (Valdeón 2014; Wolf 2015), (non-)translation was a key element in the construction of empires. During the early modern period, for instance, English ideologues translated Spanish chronicles into English to promote an English empire in the Americas. However, original English texts were less popular and fewer translations into other languages seem to have been carried out (Mackenthun 1997). This conference aims to delve into the reasons why some texts were translated while others were not: what were the political motivations behind these translations? Were they successful? Were they promoted by the political powers of the time or were they personal endeavours aimed at encouraging the monarchies to address the problems in the colonies? Communications could explore the role of translation in the consolidation of, for example, the Spanish, Austrian and English empires in Europe and the Americas, as well as in Africa and the Asia-Pacific region, from the early modern period until the twentieth century. Comunications examining the role of translation in the expansion of other empires are particularly welcome.

In the 21st century, translation continues to play a key role in a globalized world where information is selected and manipulated by media corporations with a strong Anglophone bias, and where domestic news outlets select the information based on corporate interests. International news media use material produced by American and British agencies where the language of communication is English (Bielsa & Bassnett 2009), which shapes both the target languages and the content. Additionally, Anglophone politicians and economists occupy central positions in international digital newspapers (i. e. Nobel Prize winner Paul Krugman) as their views are translated into a myriad of languages. Again contributors will be encouraged to explore the questions mentioned above in order to better understand how global corporations and governments impose their political principles upon a majority of citizens worldwide.

Confira abaixo a programação do simpósio: 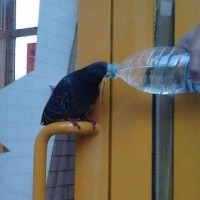